How to protect yourself – and your vehicle – from hail 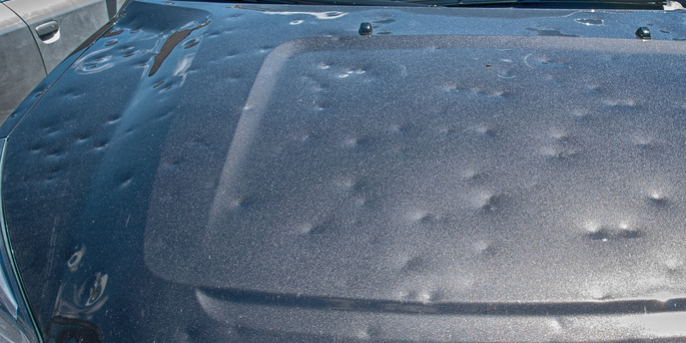 The cost of hail damage may come as a surprise: Farmers Insurance reports hail accounts for 42% of all comprehensive auto claims during this quarter each year, and hail-related claims are heaviest in April, May and June.

Hail isn’t the only damage-causing phenomenon. Severe storms that bring heavy winds, rain and hail to the Plains and Midwest typically form when warm air from the Gulf of Mexico makes its way north and clashes with cooler temperatures.

“Hail season comes early in the Deep South, in January and February. As spring and summer arrive, it moves north to the Midwest, and in July and August, into the Dakotas and Minnesota,” according to Paul Quinn, head of claims and customer experience at Farmers.

Tens of thousands of auto claims are processed during this time of year because of hail damage. Hail breaks windows and dents auto bodies, never mind the hazards it poses to drivers. Homeowners, too, are at risk.

2018 hailstorm: South Dakota hail storms caused so much damage, you can see it from space

The Farmers Insurance Seasonal Smarts Digest, which details the leading causes of insurance claims and the most at-risk states, reveals that spring accounted for more than one-third of all homeowners’ claims nationally during the most recent two-year period.

Homeowners claims increased by 52% from April through June in 2015 compared to the January through March period. Water-related claims were the largest cause of claims at 24%, while hail accounted for 21% of all homeowner claims in springtime.

You can take preventative steps at home as well:

To prevent or avoid hail damage to your vehicle, consider the following:

Large hail from the supercell tracking through northern England.
July 3, 2019